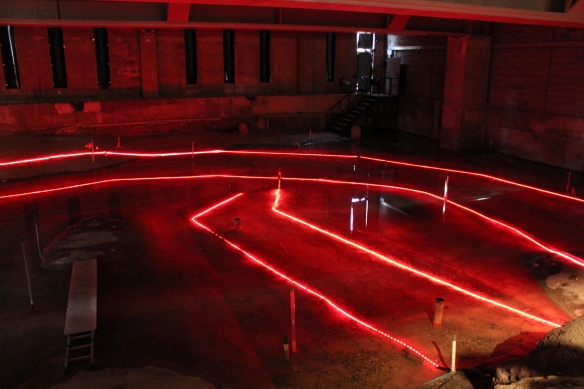 Back in Elizabethan days, the Rose Theatre was overshadowed by its newer, larger rival, the Globe. Sound familiar? Some 400 years on the Rose still languishes in its neighbour’s shadow, fighting for survival and public support.

The Rose was Bankside’s first theatre, built in 1587 on land that had been re-claimed from the Thames, pre-dating the Globe by 12 years. Its remains were discovered in 1989 during the development of a new office building. Around two-thirds of the theatre’s ground plan were eventually uncovered by archaeologists. This excavation revealed many details about the design of Elizabethan theatres – knowledge that was used in the reconstruction of the Globe. It is now the only complete Elizabethan theatre site still available for excavation. 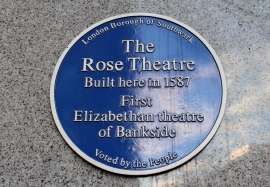 The campaign to save the site created one of London’s many oddities – the office complex was eventually built suspended above the remains. Today red rope lights mark out the size (surprisingly small) and shape (that of a 14-sided polygon) of the original theatre, where Shakespeare once trod the boards. Its foundations are covered with a layer of water to prevent cracks developing. The Rose Theatre Trust is seeking funding and donations to complete a full excavation of this unique site.

You can see all of this for yourself as the Rose is open each Saturday from 10am-5pm (entry is free but donations are appreciated). They are about to embark on the 2012 season of plays – kicking off with The Merchant of Venice on 1st February – walks and events. Visit their website for full details: