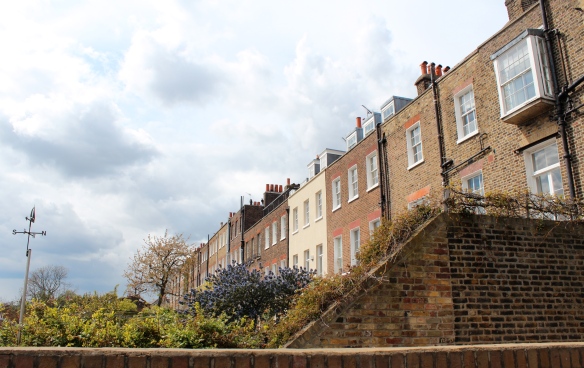 Seventeen houses make up the row in which Walker lived - his is the second of the taller houses.

Ever wondered exactly how William Morris and his ilk decorated their own homes? A visit to 7 Hammersmith Terrace will give you your answer, as it’s the (almost) perfect time capsule of Arts and Crafts London translated into the domestic sphere. The former home of Emery Walker – a printer who was a leading light of that particular movement and a close friend and colleague of William Morris – its interiors have been preserved from his day down. So while there are other properties that belonged to Morris and friends that you can visit, Walker’s house is truly one of a kind.

Emery Walker actually started married life down the road at number three, before relocating to number 7 in 1903. Although the house itself is a Georgian terrace (one of seventeen built along the Thames in Hammersmith in the 1750s), it is decorated in a style typical of the homes of the movement’s main proponents – right down to the William Morris lino in the hall (thought to be the only surviving in situ example of this). The eclectic style they favoured is very much on show here, with Morris’s wallpaper and hangings happily sharing space with colourful imported ceramics, seventeenth and eighteenth century furniture and metalwork. 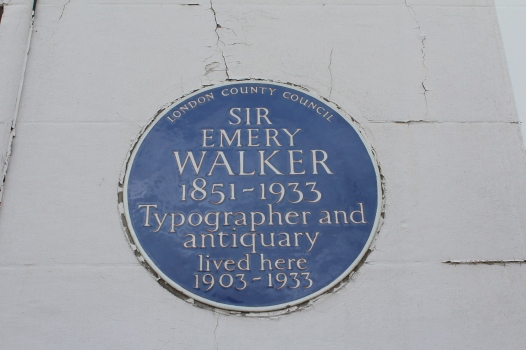 Philip Webb – the Arts and Crafts architect – bequeathed his possessions to Walker and many of these are on display, including a rather fine wooden Regency wine cooler (cunningly disguised as an oddly-shaped side table). Your guide will also show you a poignant collection of mementoes of Morris that Walker kept, including several pairs of glasses and a lock of his hair. The dining room furnishings are a real highlight, as is the surprisingly modern suntrap conservatory, with its lovely collection of ceramics.

Walker’s daughter Dorothy inherited the house on her father’s death in 1933 and changed very little over time – the main exception being the addition of a bathroom in the back drawing room. This has now been removed, though the scars remain on the Morris wallpaper, adding yet another layer to this story. Even the garden, which backs straight onto the Thames, still retains the same layout as it did in Walker’s time. Dorothy left the house to her long-time companion Elizabeth de Haas, who – luckily for us – also maintained its original state, and was instrumental in setting up the Emery Walker Trust that has enabled the house to be preserved and opened to the public.

As photography is not permitted inside, this really is one place that you will have to visit to see for yourself. Three tours are held on Saturdays from April until the end of September, by advance booking only (see website below). They last just over an hour and cost £10.

Nearby: William Morris fans might also like to visit his former home Kelmscott House, part of which is now home to the William Morris Society. It’s just down the road and also open on Saturday (and Thursday) afternoons (but that’s another blog post…). 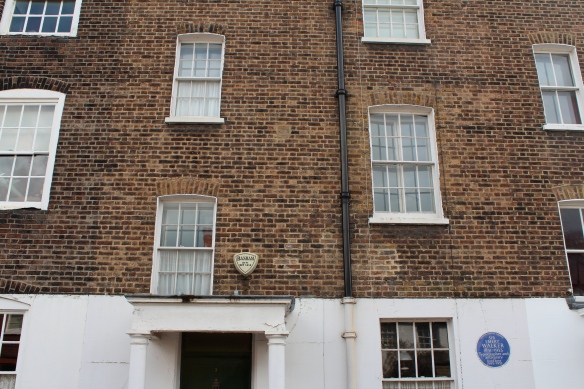 The sedate Georgian exterior belies the eclectic Arts and Crafts furnishings that lie within.