For the Londonphile’s Christmas special this year I will share with you some photos of our pretty city. These were the result of a super day out for bloggers organised by the good folks at the City of London. We lucky participants gained access to one of the turrets on Tower Bridge and down into its bascule chambers, and took a trip along the Thames at sunset in a London Port Authority Boat, amongst other treats.

Tower Bridge’s turrets are located just above its walkways – and while the former are not accessible to the public the latter can be visited as part of the Tower Bridge Exhibition. We visited the northern turret, whose narrow ledges are accessed via a number of tiny doors on each side of the small room seen above. While the views are quite literally breathtaking, they are certainly not for the faint-hearted – the only barriers being the turret wall and an iron post in the crenel (the photo below gives you some idea of the set up). Given my former fear of heights these photos are nothing short of miraculous! 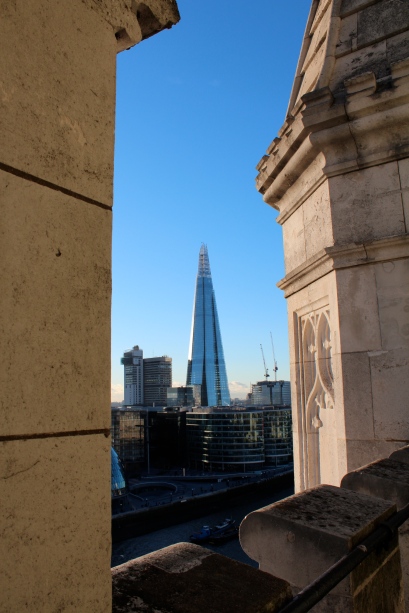 While the views from Tower Bridge’s walkways are similar, I’d have to say that those from the turrets are superior, especially as they afford more side views from the bridge. However the good news is that your viewing pleasure will be vastly improved in 2014 with the addition of glass flooring in the walkways – something that IanVisits has written about in more detail here. This innovation will enable visitors to look down upon the bridge itself and to view the bridge lifts from above. Those less fond of heights will be relieved to hear that the entire floor will not be made of glass – there will be a narrow strip of glass flooring only, so that people can still walk across a non-transparent surface should they prefer. 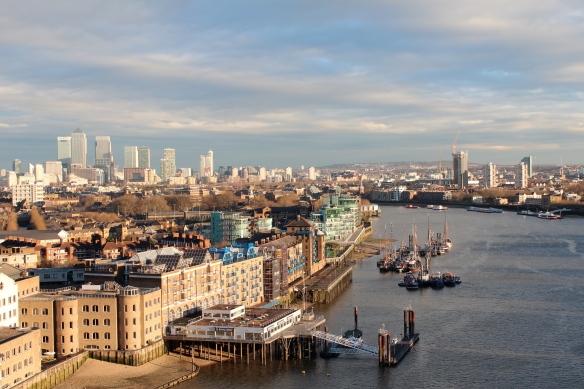 We were also taken down to visit Tower Bridge’s huge bascule chambers underneath the river bed – where the counterweights that balance the bridge swing down when the bascules are opened. I’ve written about these previously after taking one of the bridge’s excellent Engineering Tours. Tours for early next year are almost fully subscribed so you’ll need to be very quick to get on one of those – otherwise if you can get together a group of at least six people you can book a behind-the-scenes private tour of these subterranean areas for £29 per person.

While there is no way for the public to organise outings on a London Port Authority Boat – from which the rest of these photographs were taken – I would highly recommend a trip on the Thames Clippers to those looking for a cheap and easy way to access London’s spectacular river views. The bridges are looking particularly special now at night with the coloured lighting. The clippers have an outside deck area from which you can take photographs, but you may want to avoid peak hour as people do use the service to commute.

The Londonphile is on holiday until the second week of January – wishing you all a fabulous festive season! 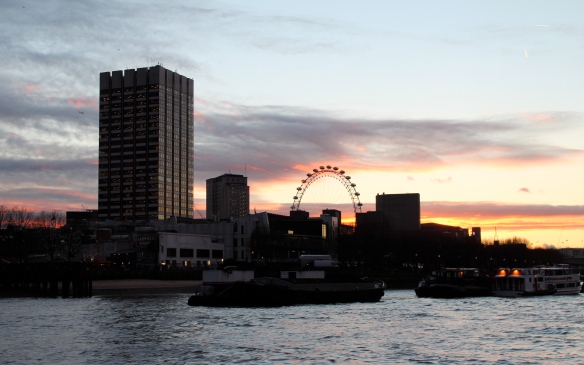