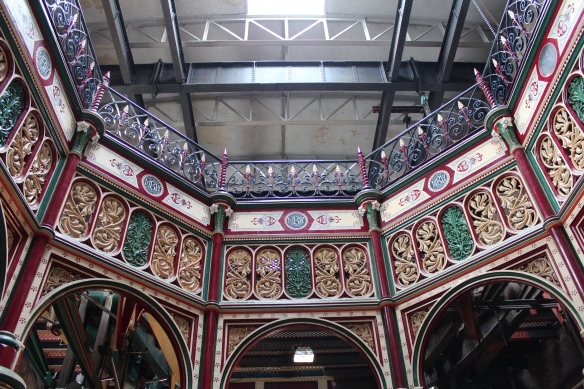 Those Victorians definitely didn’t do things by halves. I don’t know about you but if I was designing something highly practical like, say, a sewage pumping station, I’d probably be inclined towards a design that was fairly basic, plain and, well, practical. Not so with the Crossness Pumping Station, whose highly ornate cast iron belies a decidedly less pretty purpose… 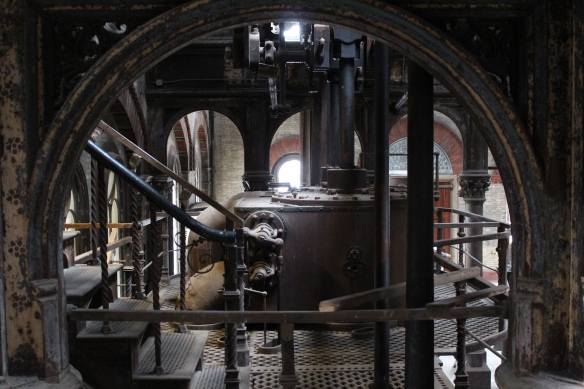 In the unusually hot summer of 1858 the Thames became so unbearably polluted with sewage that Parliament hung special curtains soaked in chloride of lime in a effort to hide the smell and the politicians realised they finally needed to act – this became known as the Big Stink or the Great Stink. The engineer Joseph Bazalgette (who also engineered most of the embankment of the Thames) was tasked to find a solution, and designed 85 miles of new sewers to replace the many that emptied into the Thames. Part of this new system involved the construction of a number of new pumping stations, the only one of which surviving in any reasonable form is Crossness, near Thamesmead, which opened in 1865. 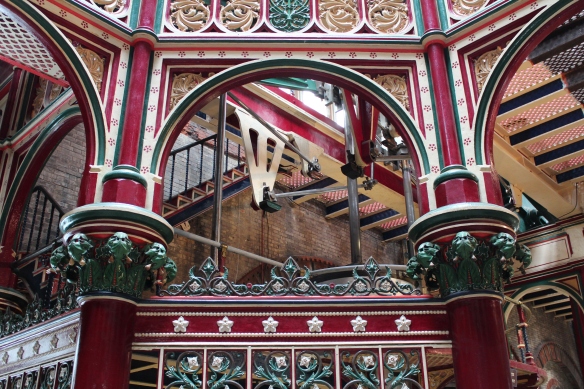 Left to decay in the 1950s after the current sewage treatment works opened next door, a team of mostly volunteers has worked to restore the this gem of Victorian industry. The painted cast iron decorating the station is truly stunning. Interestingly, although Bazalagette is usually given credit for the entire structure, it is possible that the building itself was designed by Charles H Driver, who was renowned for his decorative cast iron work. There is a section that has not been re-painted and it’s interesting to see the comparison, though the old industrial sections also have their own appeal. 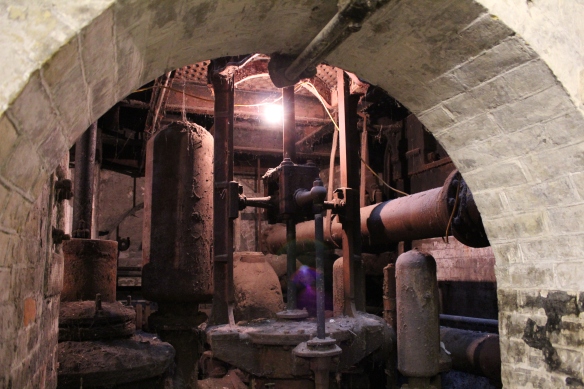 This surprisingly large complex holds open days most months, with the final one for 2012 slated for Sunday 21st October, 10:30am-4pm, £5. They hope to have more regular openings next year – keep an eye on their website for details. The pumping station is also open as part of this year’s Open House weekend – which is on this weekend – on Sunday 23rd September only, 10:30am-4pm, free of charge. If you’re arriving by rail I highly recommend using their free, regular shuttle bus service from Abbey Wood station. 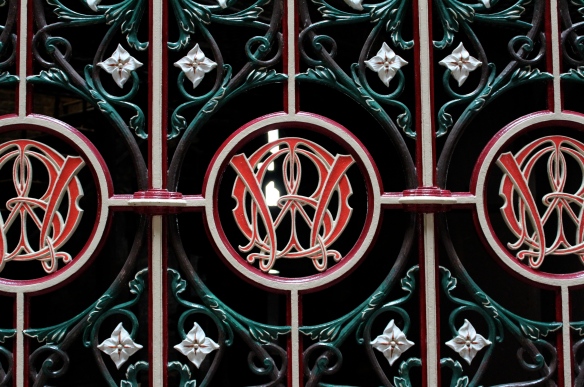 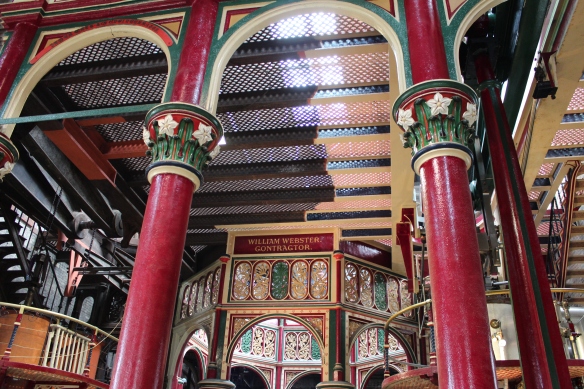