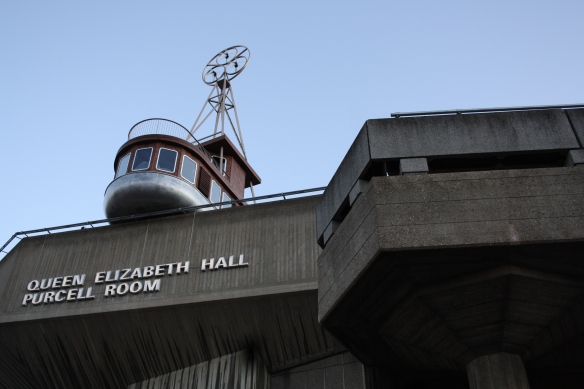 Mark the 19th of January in your diaries now – that’s the date of the release of the second tranche of bookings (July to December) for London’s most amazing penthouse. The ship-like vessel that appeared on top of the Queen Elizabeth Hall on South Bank last week is actually a one-bed apartment with the best views in London.

Designed by David Kohn Architects in conjunction with the artist Fiona Banner, A Room for London is intended as an ideas factory for London, with dates set aside for 12 writers, 12 musicians and 12 thinkers to stay onboard and get creative – the results of which will be posted online. The design is based on the author Jospeh Conrad’s boat, the Roi des Belges, and features a library, viewing deck and a desk with river views. 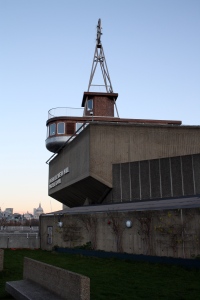 A Room for London will open on 1 January and run throughout 2012. What happens to it afterwards is still undecided – but it may well pop up elsewhere in London. If you’re interested in the dates for paying guests prices are said to be from £120, and get in quick as the first round of dates didn’t last long. Find out more at:

UPDATE: it appears that the price has now gone up to £300 per night (for up to two people) for the second round of bookings.