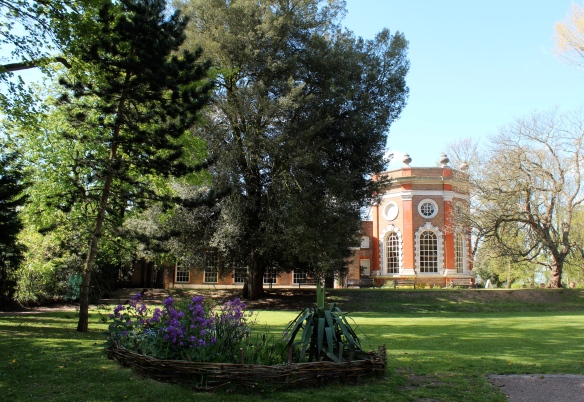 If you’ve ever thought about visiting Twickenham’s Orleans House Gallery, now is a great time to go while it is hosting Arcadian Vistas: Richmond’s Landscape Gardens. Given that the English landscape garden movement was first nurtured here along the banks of the Thames, it’s hard to imagine a more fitting locale for this exhibition. 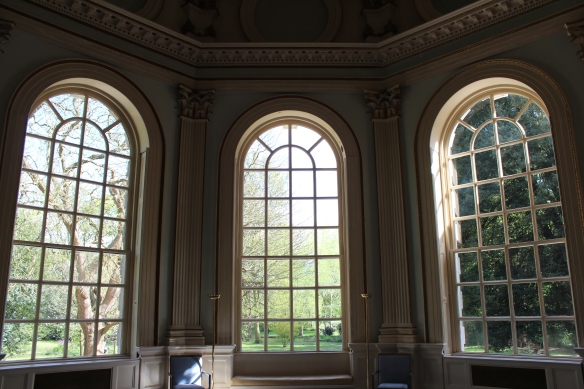 Neatly divided into sections focusing on some of the more influential gardens, gardeners and garden designers of the movement – including Alexander Pope, Horace Walpole, William Kent, Kew Gardens and Chiswick House – the exhibition features mostly illustrations and paintings from the Richmond Borough Art Collections, nicely supplemented by some loans. A smaller collection of objects is also on show, including John Serles’ guide to Alexander Pope’s garden and grotto, alongside A Description of the Villa of Horace Walpole (describing nearby Strawberry Hill).

Sadly, Orleans House’s beautiful Octagon Room, a few adjoining buildings and the Stable block out the back are all that remains of what was once an extensive estate built in the early eighteenth century for James Johnston, Secretary of State for Scotland. The Octagon Room was actually a later addition, designed by James Gibbs (who also designed St Martin-in-the-Fields church) as a separate garden entertainment space for Johnston. The house acquired its name after it was rented to Louis Philippe, Duc d’Orleans, during his exile from France.

After passing through a number of hands, the main house was finally demolished in the 1920s by a firm of gravel merchants. They failed to find any gravel on the site. Today, Orleans House Gallery and its Octagon Room are worth a visit – their interesting program of exhibitions is free and open to the public on most afternoons except Mondays (check online here, as times vary throughout the year). Marble Hill House and Grotto are just next door, and Ham House is but a scenic ferry ride across the Thames.