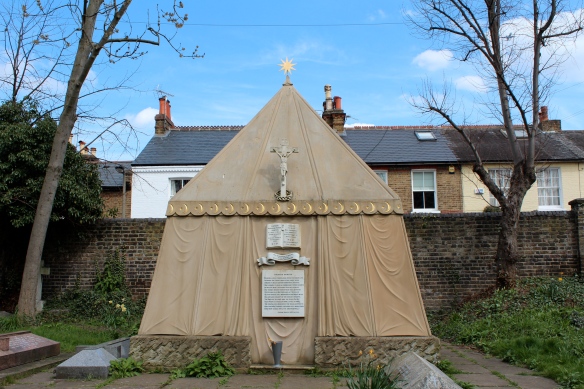 Surely the award for most unusual mausoleum in London goes to that of Sir Richard Burton (and wife) in Mortlake. Burton – the 19th century explorer and linguist, not the 20th century actor – has as his final resting place a 12 foot by 18 foot stone replica of a Bedouin tent, in the otherwise sedate graveyard of St Mary Magdalen Church. Burton spent much of his career in the Arab world, and features among his many claims to fame the penetration of the cities of Medina and Mecca, allowing him to secretly draw up plans of the latter’s Great Mosque.

Hence the tent-like tomb, complete with its frieze of golden crescents and stars. But if that’s still not enough of a draw, step around the back for the big reveal. A metal ladder leads to a window in the mausoleum that allows visitors to see right into the ‘tent’ and take a look at the coffins of Burton and wife Isabelle Arundell in situ among some suitably Arabian artefacts. A mirror on the opposite wall reflects the Christian shrine along the wall directly below you.

St Mary Magdalen’s churchyard is open Monday-Friday 9-3.30, Saturday and Sunday 9-5, closing at dusk during winter. It is located just a few minutes walk from the Mortlake National Rail station.

Within walking distance of Burton’s tomb is Old Barnes Cemetery, situated within Barnes Common – once a favourite haunt of infamous highwayman Dick Turpin. I can recommend a nice stroll between the two along the Thames Path. Not to be confused with the nearby Wandsworth Cemetery, Old Barnes Cemetery is located near the Rocks Lane Multi Sports Centre. Once described as more desecrated than the battlefield burial grounds at Flanders, it has certainly suffered from years of neglect and vandalism – surely a record number of beheaded angels linger here. 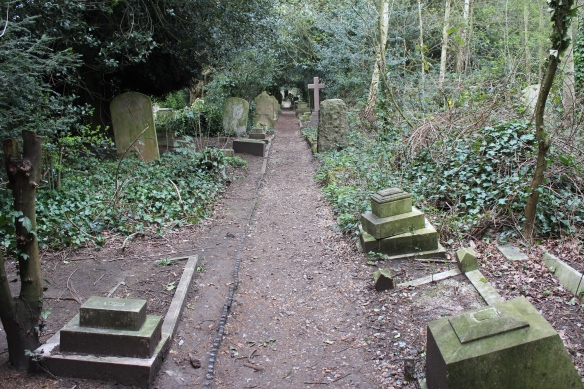 The cemetery ceased to be used in 1966 when Richmond Borough Council purchased the site from the Church of England, demolished the chapel and lodge, removed the gates and railings, and left the place to fend for itself. I believe it has more recently had a bit of a clean up and is today a very atmospheric and eerie spot that is well worth a look; in some ways its overgrown state actually adds to its character. Due to the lack of fences around both the cemetery and the common, both are effectively open 24/7. 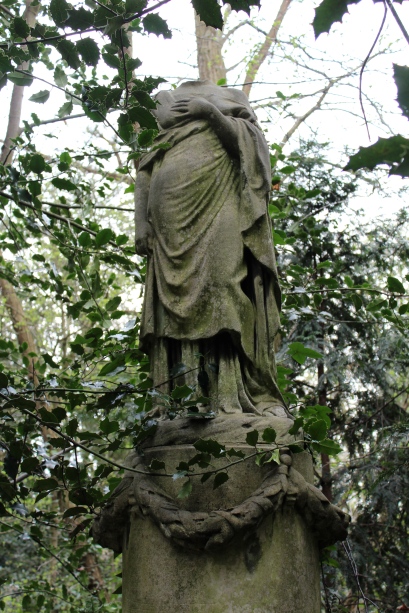