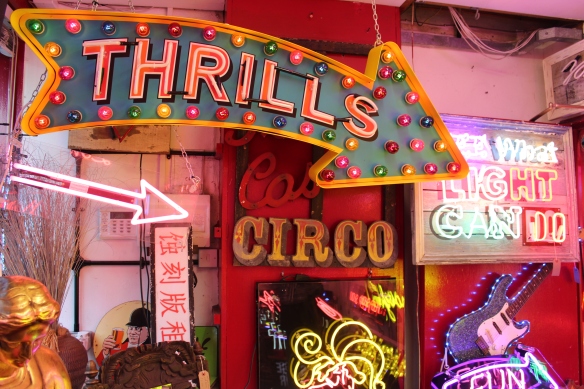 The imminent closure of God’s Own Junkyard‘s Walthamstow home – with the developers champing at the bit to move in – has been garnering a lot of press attention lately. The Londonphile dropped by on its second-last weekend at its current location to document this unique site.

The railway-side site that the business has inhabited since 1978 is overwhelming, to say the least. Bright neons designed by owner Chris Bracey jostle for space with old movie props, reclaimed vintage signs and lettering. The yard area has items literally piled on top of each other – not to mention trains regularly thundering by. 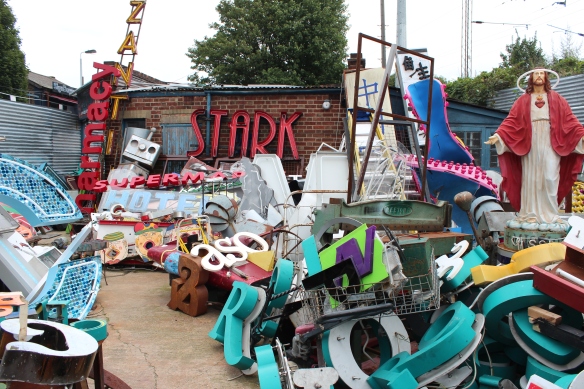 The Bracey family has owned the business for more than six decades and Chris has been designing neons for almost forty years. His designs have featured in numerous shops, fashion shoots, sets and films – many of these have been salvaged by their creator and are today on display (and sometimes for sale) at the Walthamstow site. The ‘Hotel’ sign below, for example, was used in Tim Burton’s version of Batman. 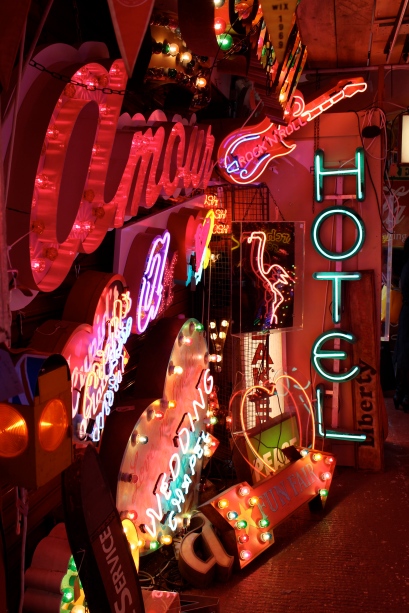 The good news is that it looks like Chris’ neon gems will find a new home in Walthamstow’s Wood Street Indoor Market. Nonetheless, it’s hard to imagine that a market stall can have the overwhelming impact and atmosphere of the current site. 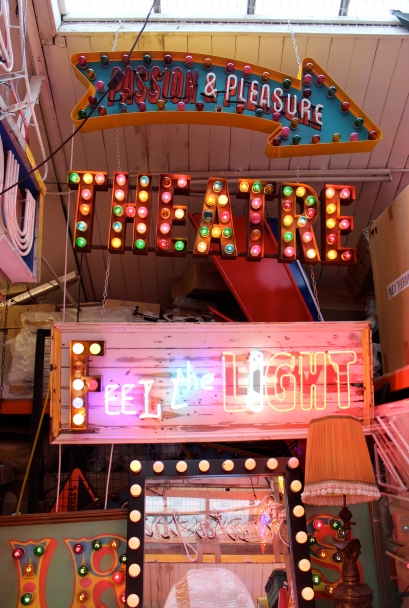 You have one last week to visit God’s Own Junkyard in its current location – it will be open Friday 19th and Saturday 20th from 10:30am – 5pm and have its final day on Sunday 22nd, from 11am – 4pm.
It can be found at 97 Vallentin Road, E17 3JJ. Wood Street National Rail station is just around the corner. 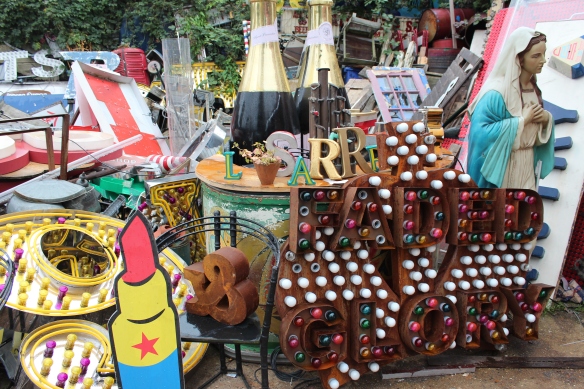