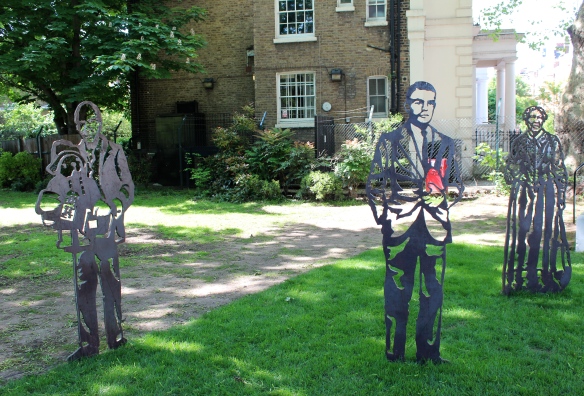 Some delightful new sculptures popped up recently in Paddington. A short stroll from the revamped canal areas around Paddington Basin, you can find these striking iron depictions of Michael Bond (and his famous creation, Paddington Bear), Alan Turing and Crimean War nurse Mary Seacole. Part of Sustrans’ nationwide Portrait Bench project, these new additions are well worth a quick diversion. 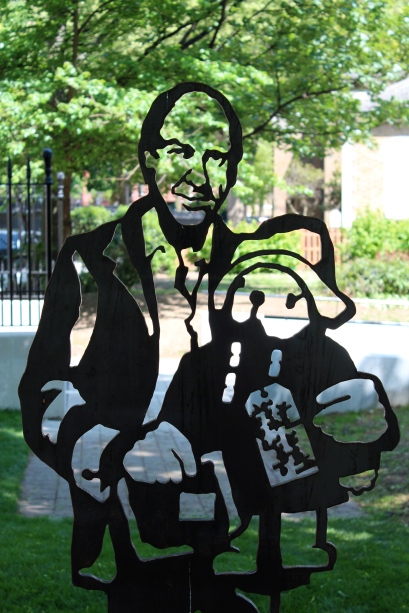 And after visiting the Paddington Bear statue in Paddington Station, obviously you’ll be wanting more! While all three individuals lived in the area, Paddington creator Michael Bond is still a resident today. The Portrait Bench project sees the creation (along cycling paths) of groups of three life-size characters selected by the local community for the contribution they have made to local life, culture or history. They also provide a wooden bench, so you can stop awhile and admire the pieces. This series saw Sylvia Pankhurst, a towpath horse and a footballer immortalised in steel in Mile End Park in 2011, with Soul II Soul’s Jazzie B featuring among the freshly unveiled set outside Finsbury Park station. The sculptures themselves are two-dimensional, and made from Corten steel – the same material used for the Angel of the North – which is designed to rust nicely over time. Their style of outlined features reminds me of some street art, and I found the works often became better defined the further you moved away from them. 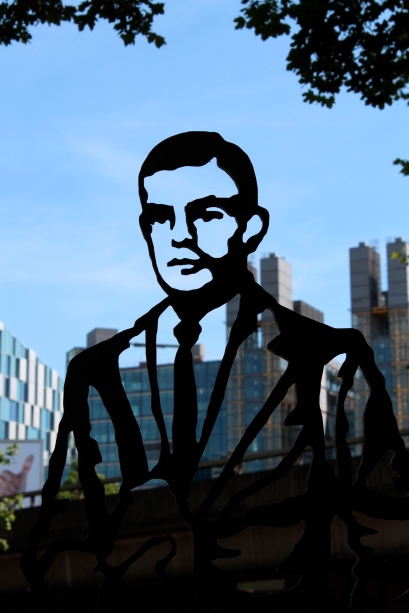 Alan Turing was of course the computer science and artificial intelligence pioneer – generally heralded as the father of the computer – who also worked at Bletchley Park cracking German codes during the second world war. His country rewarded his immense talent by persecuting him for his homosexuality, leading to his suicide in 1954, aged just 41. He poisoned himself with cyanide – thought to be injested via an apple, and the day I visited someone had left several green apples at this feet (you can just make these out in the picture below). It’s fitting to see him immortalised here and standing proud against the ever-expanding skyline of modern London. The Science Museum is also currently holding an exhibition on Turing’s life and work. 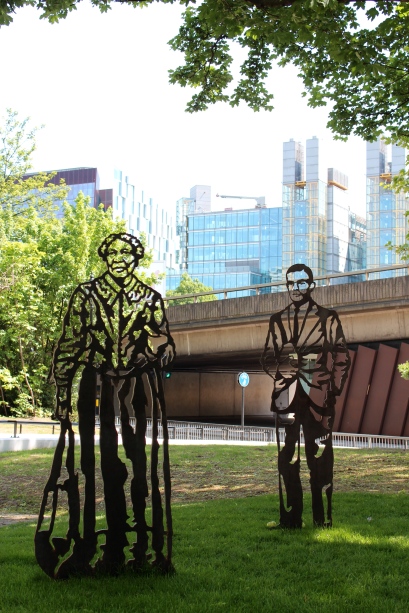 In a somewhat serendipitous moment, I just happened to notice some similar, silhouette-style sculptures across the road – which may soon be lost to London. These two figures below are languishing in a rather lonely state in the former campus of the City of Westminster College, currently a deserted development site. I can only assume they are former campus public art – and it seems a great shame they will probably be destroyed. If you want to see them while they are still there, take a peek through the fence along North Wharf Road, near the corner of Harrow Road. It may be a case of losing one set of sculptures just as we gain a new one…

The Sustrans’ Portrait Bench sculptures can be found in the small park to the east of the church of St Mary, Paddington Green.