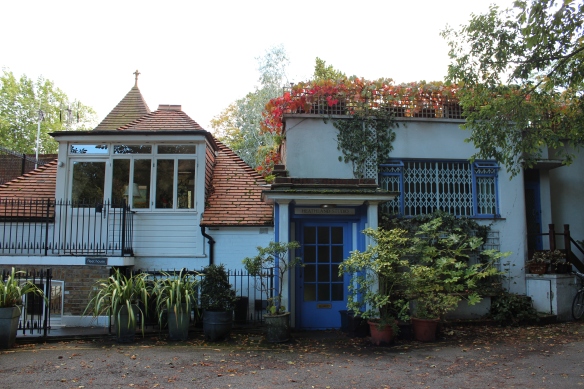 Despite its name and current rarefied status, Hampstead’s mini-neighbourhood the Vale of Health actually started life as a bog variously known as Gangmoor or Hatchett’s Bottom – and was later home to factories, fairgrounds and laundering operations. It’s come a long way since – it is now said to be one of the most expensive residential areas in the world. It’s certainly one of the most exclusive, being composed of just a small hamlet’s worth of houses (and absolutely no amenities) entirely surrounded by Hampstead Heath. And while its name might suggest a former health spa or some such, the reality is that it probably originated as a euphemism or an invention aimed at changing the area’s tarnished image. 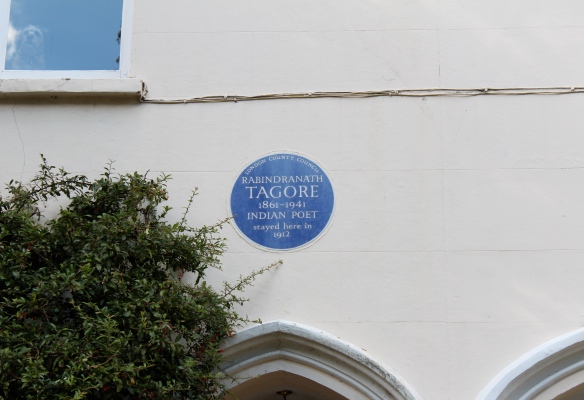 Please note the dog in the window.

Certainly the now purely residential nature of the Vale of Health was not always so – along with the odd factory, the area was once particularly popular with day-trippers (especially after the railway came to town) and was home to tea-houses, boat rides, grottoes, arbours and a fairground. Though the merry-go-rounds and slot machines were packed away some time ago, the legacy of these more giddy days continues with the existence of what would otherwise have been one of the least likely caravan parks in London, which abuts the Vale along one edge. Today it is still inhabited by fairground employees, and has been owned by the same family for over a century. 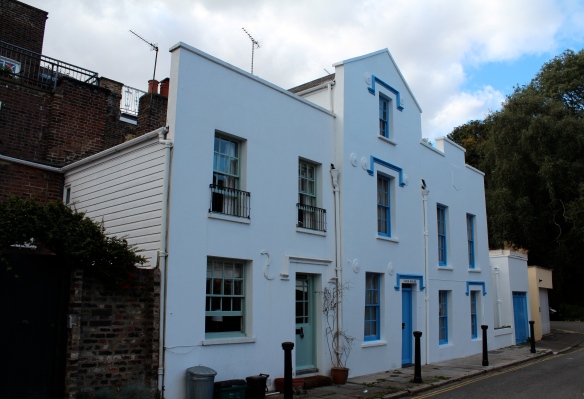 I first stumbled across the Vale of Health by complete accident while exploring Hampstead Heath. I’d remembered it as a quaint semi-village full of white houses. This recollection was only partially correct  – there are indeed a number of white residences but not exclusively so and these share space with two more modern apartment buildings. These flats were built on land once occupied by the two hotels in Vale of Health and have a lovely setting over the pond on one side of the settlement (see the before and after images below). Building in the Vale was severely curtailed in 1872 when the Metropolitan Board of Works bought the heath, limiting construction to the existing area. 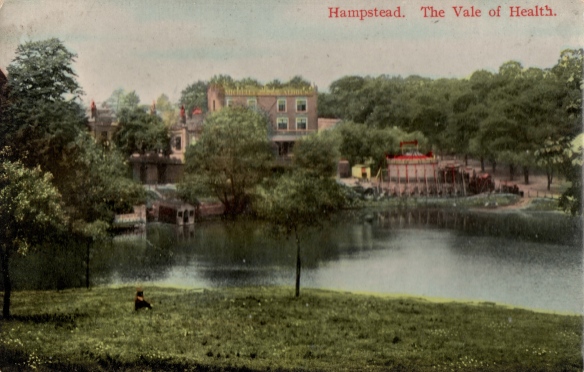 By 1890 there were 53 houses in the area – and it’s much the same today, with the residences strung out along the one main road (called Vale of Health), an unnamed side road (where the apartments are) and a series of interconnecting alleyways behind these. It is a fascinating little area to explore or stumble across, with an unusual history and a number of listed buildings. Two blue plaques can be found for previous residents DH Lawrence and Rabindranath Tagore. It’s well worth a detour when you’re next rambling across the heath.

The Vale of Health can be reached via East Heath Road. The closest tube station is Hampstead Heath on the northern line. 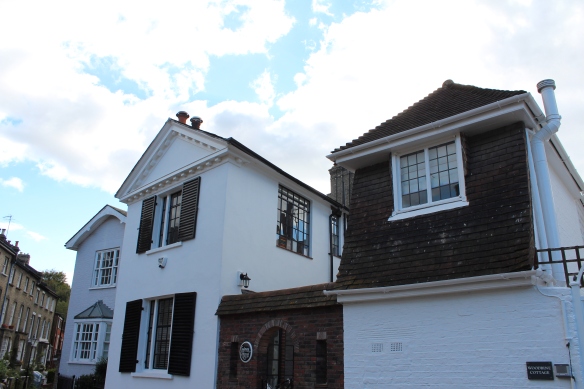 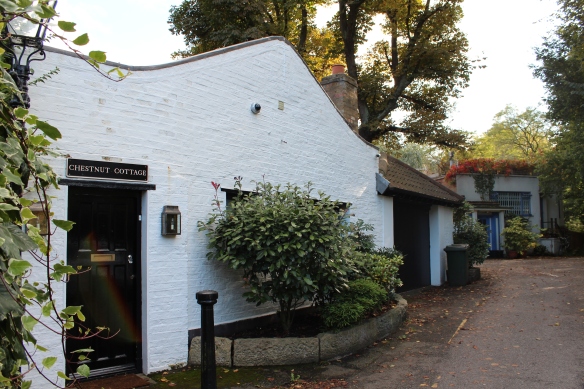