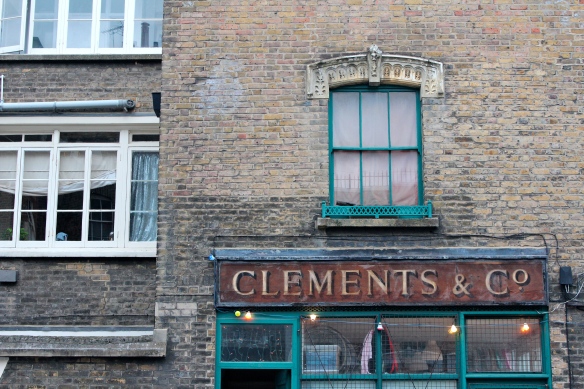 Pullens Yards are a series of artists’ studios nestled within cobblestoned streets behind Pullens Buildings, a fascinating but surprisingly little-known area that I visited for the first time last weekend.  The development by builder James Pullen of the Pullens Buildings – also known as Pullens Estate – began in 1886. The remaining 360 flats (of an original 684) represent one of the few surviving Victorian tenement buildings in London today.

The Pullens Buildings are four-storey, yellow stock brick residences with flat roofs. Decorative terracotta arches are featured above each window and central entrance door, behind which you will find a common stairwell for each section of flats. Cast iron window guards are found on the front window sills on the upper floors, and are sometimes used to nice effect to create a window sill garden. 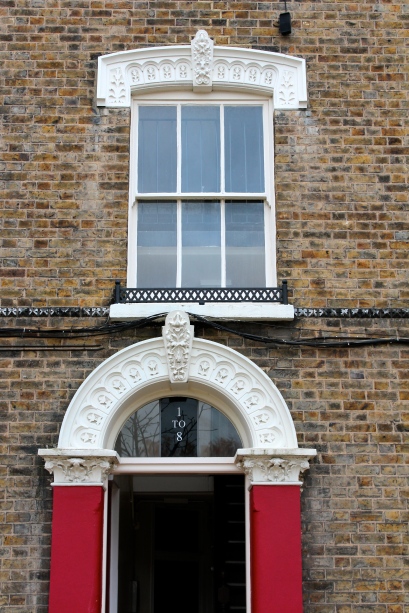 After falling into disrepair by the 1970s, the estate was bought by Southwark Council and the southern blocks demolished. Luckily, further demolition was blocked by local residents and the zone is now protected by its Conservation Area status. The buildings have since featured in a number of films seeking historically realistic settings, including The King’s Speech.

Pullens Yards were purpose-built for craftspeople, and three of the original four remain: Clements Yard, Peacock Yard and the large Iliffe Yard. These were originally designed as live/work spaces, with access through to one of the flats behind, though it’s believed these doors were generally bricked over and the studios separated from the housing early on in the buildings’ history. 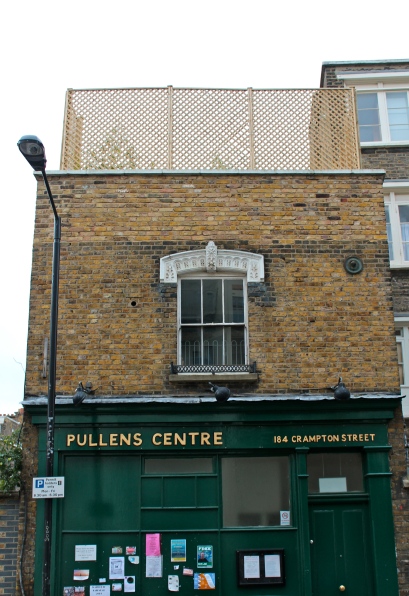 Today a wide range of artists and craftspeople work here, including ceramicists, painters, jewellers and photographers. Open studios events are held twice a year, generally once before Christmas and once in summer, when the normally private studio areas are open to the public.  I highly recommend visiting during this time as access is otherwise limited, although the Electric Elephant Café is open all year round.

The next opportunity to visit this unique little slice of London life is the Pullens Yards Summer 2014 Open Studios, which will take place on 13-15th June.
Pullens Yards are located in SE17, between Kennington and Elephant and Castle tube stations. 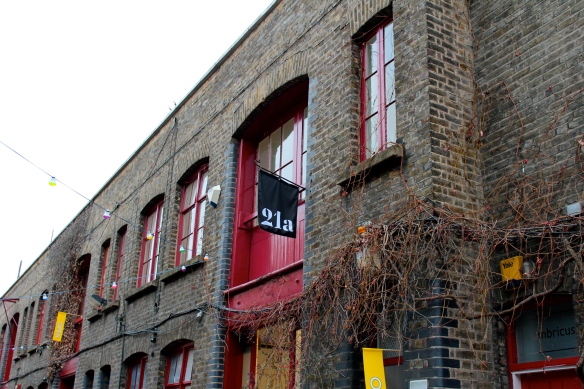